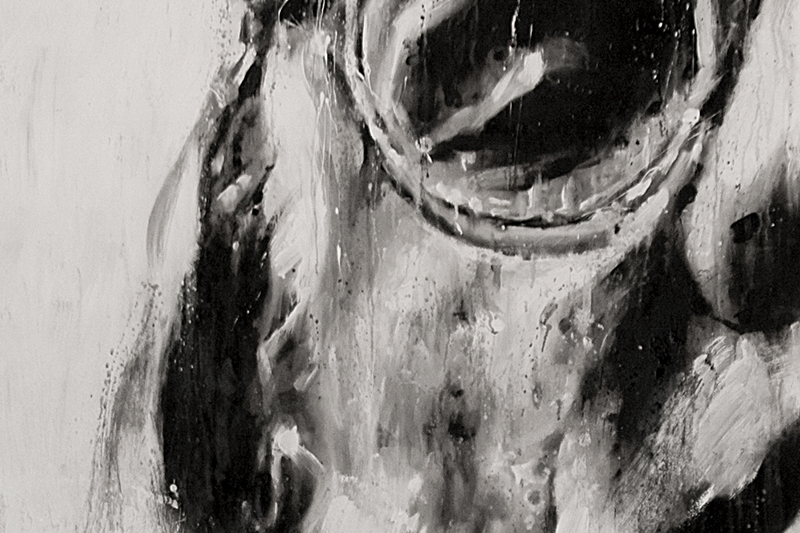 The former are celebrities like writers such as G. Grass, the Spanish Nobel-prize winner Camilo José Cela, Mario Benedetti; the artists are Roy Liechtenstein, Edward Hopper, Juan Miró, Diego Rivera.  What all have in common is that they have accomplished something culturally significant in their lives as authors, painters or actors.Based on small photographies, he pictorially enlarges the portraits in rapid work steps, creating some kind of figurative expressionism based on black and white layers. He uses “poor” materials like re-used wooden plates, white canvas color and toner in printers as colorants. The transitions are achieved by special highlights and shadows modelling faces and giving them intense haptic presence.”

Ode to the Culture